On Monday 2 November came the huge announcement from Liverpool City Council that the city would be the first area in the UK to offer mass testing as part of a trial to evaluate the process. The ability to offer testing throughout communities is a massive thing, as studies point to significant numbers of Covid-19 infections being asymptomatic throughout. These cases are problematic as infectious individuals can transmit the virus, without any idea that they're doing so - mass testing offers an opportunity to avoid this by identifying more people that should be isolating and reducing transmission.

I set aside 45 min in my day (appointment slots are 30 minutes) on the first day of the trial, Friday 6 November, and set off in the search of some peace of mind. I rushed on the first day in the hopes that a confusing lack of information and a missing booking system1 would mean that the day 1 would be reasonably quiet.

Not only was it far from reasonably quiet (a fantastic and hopeful turnout), it was also a complete mess.

As someone working in the world of Formula 1, I've grown accustomed to things being run efficiently and effectively. McLaren is a world of meticulous planning and incredible execution for the most part. So much so that when the UK Government sought to grow an inventory of 20,000 additional ventilators many of my colleagues played a key part.

When I went to my nearest mass testing trial centre, about a 10 minute walk from my house, I expected a site that would have some teething issues and a few pinch points on its first day. The Yorkshire Regiment of the Army have been called into the city to aid with logistics, so I'd expected the armed forces to know what they were doing overall, even if they were being placed into unusual surrounds. I wasn't expecting the usual ruthless efficiency of my professional surrounds, but still a degree of competence and success.

Instead I arrived to a shambolic scene of carelessness and slightly bewildering oversight.

The Basics and the Need to Adapt 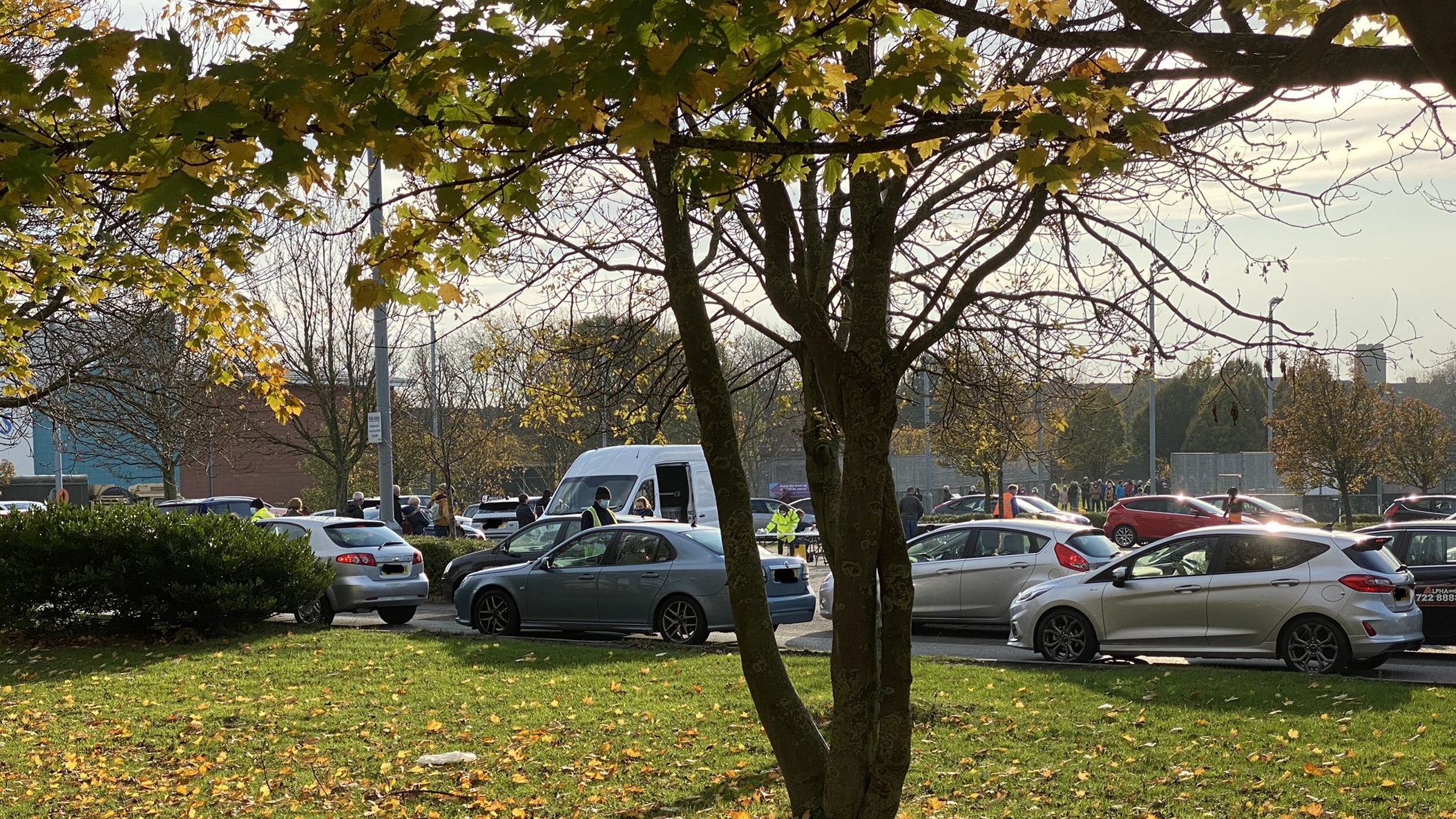 There were two separate centres on the day. One for symptomatic individuals to be tested, and one for asymptomatic participants to take part in the trial. The trial centre was in the leisure centre's main gym hall, while the symptomatic site was in the same facility's car park. (Above is a photo taken in the wrong queue, which leads to the car park site, while the correct queue can just be made out behind the red car, between the sports pitches.)

This immediately introduces a problem in terms of trying to maintain isolation and separation between individuals assumed to be ill and those assumed to be healthy. In talking to a soldier at the trial centre, the suggestion was that the symptomatic centre was there in error and that the regiment was aware. Despite this, there were no steps taken to attempt to address the potential impact. I, and many others I encountered, spent 20-30 minutes queueing in the symptomatic queue due to a total absence of any signage or personnel to direct people to the appropriate centres.

To confirm that this is problematic, after attending the trials yesterday I checked my phone and discovered I had (for the first time since the app launched) my first matching key for the exposure checking. And my second, in fact. This means that I was in proximity to an infectious individual for somewhere in the region of 10-20 minutes (which aligns with my time in the wrong queue). 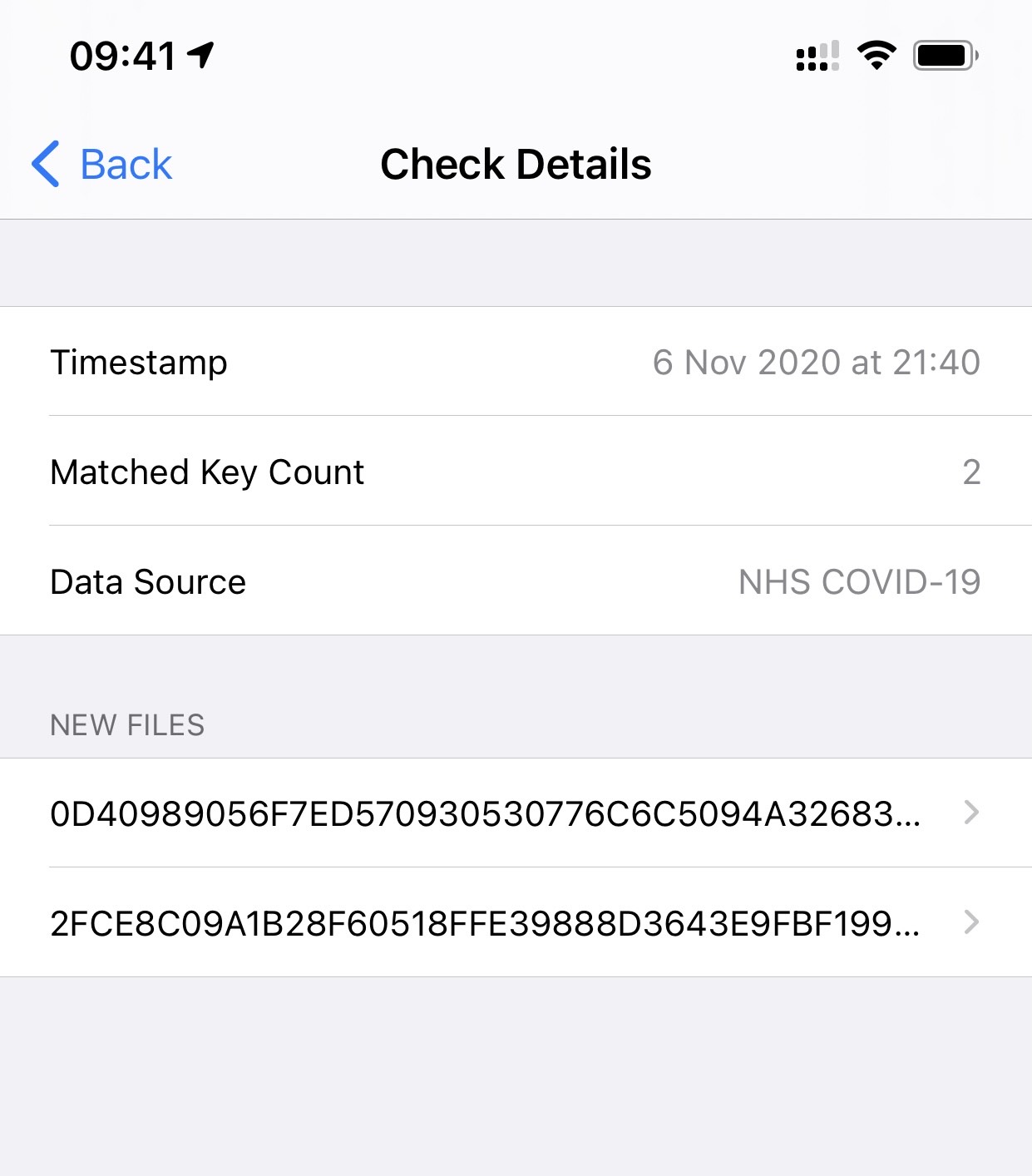 Rightly or wrongly, the process is voluntary. Therefore it should be simple and convenient. I set aside 45 minutes for a test that lasts with 30 minute appointment slots. Discounting the 20 minutes spent queueing for the wrong test,2 I was still waiting for over to be tested.

If you're expecting people to give up 90 minutes every week, many people won't be willing to get involved.

There were clear failures in the process that introduced friction and reduced the throughput of the centre. These failures are to be expected on day one, but ones that I'd expect to be addressed quickly and even by the end of the first day. The intention with the mass testing trial is for everyone to be tested at least twice, so it will be interesting to see whether things have improved the next time I get tested.

The process on the day was as follows:

Social distancing meant that the area between the building entrance and the main gym hall where testing took place could only accommodate around 8 to 10 people/household groups at a time. The testing area had 16 booths, so around 1.5 times the capacity.3

The clear bottleneck from what I could see was the registration process. With the test itself taking 10 second, the fairly involved 10 minute form needs to be managed better. The bewildering thing was that for those of us who had booked in advance, not only was the booking ignored in terms of admission to the tests, but then we had to complete the same registration form with the exact same details (plus an 11 character barcode). As I see it there are two obvious improvements to this:

All of the above isn't to say that the process was outright bad. All the members of The Yorkshire Regiment that were involved were friendly and helpful, even if there were some things they could (and I'd say should) have done better.

The test itself while a strange sensation (twisting a cotton swab in your nostril particularly), is all painless and not especially uncomfortable (just unusual). The worst reaction I had to it was wanting to flare my nostrils a couple of times afterwards because it was a little tickly and odd.

The queue never appeared to drop below around 100 people while I was there (although as an estimate the registration timing probably means that number might be nearer to 60-80 per hour). There was clear enthusiasm from a significant number of people to get involved and try and make some extra effort to curtail the virus's spread.

And with everyone involved being a scouser, adopted or otherwise, spirits were high in the queue and it was great to be in vague proximity to a bunch of strangers. The queue was a welcome break from the months of encouraged distancing and isolation.

Oh, and I tested negative, which is positive.